Discoverer of the New World at Age 41

The endless sea had drawn him to the beach before,
had more than once blown hold of him with clouds like fists
and pulled him and a keel’s-cradle of mates
below the far horizon.
Now rumours reached him of an end that starts again,
of an out-and-downward voyage that rounds upon itself
and turns escape to refuge. He called,
and men around him filled the ship.
They pushed, paddled, gained the bay, turned about
and there, bright sails unfurled with sun in tow,
the westbound ship set fire to the mists of fear.
The docks behind him sang with crowds invoking
fair winds and only highest hopes for whitecaps.
But the Discoverer could not wave or even look behind
to see them wait from their port in California.

This version written 1991. An earlier version was published in 1970 in Evergreen and Gold, the University of Alberta student yearbook.

The Black Swans of Gorky Park 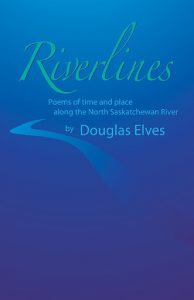